Citywide Towing Service offers towing and roadside assistance services to all freeways, State highways, arterials, interstates, U.S. routes, loops, spurs and toll roads as well as local streets and roads in the Greater Dallas, Texas area. For your convenience, we have compiled a list of the major roads below.

Interstate 20 Ronald Reagan Memorial Highway: This interstate highway passes through the southern suburbs of Fort Worth, Arlington as well as some southern suburbs of Dallas. The stretch of highway that runs along southern Tarrant County is also known as the Ronald Reagan Memorial Highway.
Interstate 30 West Freeway Tom Landry Freeway East R. L. Thornton Freeway: This interstate highway passing through Dallas as well as neighboring cities such as Garland, Grand Prairie, Arlington and Fort Worth. It begins from I-20 just west of Fort Worth. It was formerly known as the Dallas-Fort Worth Turnpike and is still referred to as “The Old Turnpike” by locals. It is also currently known as the Tom Landry Freeway from Downtown Fort Worth to Downtown Dallas, the East R. L. Thornton Freeway in Downtown and East Dallas and the West Freeway from I-20 to Downtown Fort Worth. Tom Landry was the Dallas Cowboys head football coach for nearly 30 years.
Interstate 35E South R.L. Thornton Freeway Stemmons Freeway: This is an Interstate highway that passes through Dallas and Denton. It starts at I-35/I-35E in Denton (north of the Metroplex) and ends with the same roads in Hillsboro (south of the Metroplex). I-35 is mostly parallel or concurrent to US-77. South of Dallas, it is known as the South R. L. Thornton Freeway name and the North of Dallas as the the Stemmons Freeway.
Interstate 635 Lyndon B. Johnson Freeway: This interstate half loops around Dallas. It begins at I-20 in Balch Springs and ends at the International Parkway near the Dallas-Fort Worth International Airport.
Interstate 45 Julius Schepps Freeway: This interstate highway passes through southeast Dallas. It terminates at the US 75/I-30 interchange in downtown Dallas and is known throughout central Dallas as the Julius Schepps Freeway.
Interstate 345 North Central Expressway: This small section between I-30 and the Woodall Rodgers Freeway (SH 366) along the eastern edge of downtown Dallas is officially the I-345, but is referred to as “To I-45” (from the north) or “To US 75” (from the south).

U.S. Route 67 J. Elmer Weaver Freeway S.G. Alexander Freeway Marvin D. Love Freeway R.L. Thornton Freeway East R.L. Thornton Freeway: This is a freeway that begins in Midlothian and goes north towards Dallas. It is known as the J. Elmer Weaver Freeway but changes to the S. G. Alexander Freeway. After its interchange with I-20, it changes again to the Marvin D. Love Freeway. In Cedar Crest, it becomes multiplexed with I-35E and US 77, and becomes the South R.L. Thornton Freeway. In Downtown Dallas, US 67 leaves to become multiplexed with I-30 (the East R.L. Thornton Freeway). The two stay concurrent until reaching Hopkins County.
U.S. Route 75 North Central Expressway: US Route 75 begins in Downtown Dallas at an interchange with the Woodall Rodgers Freeway and I-345. It proceeds north as the North Central Expressway through the most popular and affluent neighborhoods of Downtown Dallas. SH 121 is concurrent with US 75 in McKinney. Past McKinney, the highway continues north through rural areas towards northern Texas.
U.S. Route 77 Dallas Highway R.L. Thornton Freeway Stemmons Freeway: This is a north-south freeway that is concurrent with I-35E, the R.L. Thornton Freeway and the Stemmons Freeway (it is also multiplexed with US 67) between Red Oak and Denton. The freeway is in a trench for about 6 miles.
U.S. Route 80: US 80 is a freeway passing through Mesquite. It begins at I-30 in East Dallas. The freeway ends at Spur 557, but the U.S. highway continues east and is called Moore Avenue. US 80 used to pass through Fort Worth, towards El Paso but has now been replaced by I-20.
U.S. Route 175 S.M. Wright Freeway C.F. Hawn Freeway: US 175 begins at an interchange with I-45 in Downtown Dallas. It proceeds south to an interchange with SH 310 (the South Central Expressway), and then proceeds to continue east towards Kaufman, which is now known as the C.F. Hawn Freeway. The freeway ends just past Kaufman, but the US 175 continues.

Loop 12 Walton Walker Boulevard: This is a freeway that passes through west Dallas and Irving. It connects to Spur 408 in the south and passes by Texas Stadium.
Loop 288: This is a freeway that passes through north Denton, connecting to I-35 on the north. It ends at US 380/377 and continues as an expressway to I-35E. Together both sections bypass the central business district. There are future plans that call for an extension west to US 380 before it continues south to I-35W.

Spur 97 International Parkway (part): This spur is part of the International Parkway and is a tollway passing through Dallas/Fort Worth International Airport.
Spur 280: This is a brief spur freeway connecting US 287 to downtown Fort Worth.
Spur 347 Belknap Street Weatherford Street: This is a short spur freeway from the SH 121 / I-35W interchange into downtown Fort Worth.
Spur 366 Woodall Rodgers Freeway: This is a freeway that passes along the northern boundary of downtown Dallas. It originally connected I-35E to US 75/I-345 and is now extended across the Margaret Hunt Hill Bridge to Singleton Boulevard in west Dallas.
Spur 399 Sam Rayburn Tollway (part): This is a short spur freeway that travels from the SH 121-Central Expressway (US 75) interchange to SH 5 south of downtown McKinney. It is expected to soon become part of Sam Rayburn Tollway.
Spur 408 Patriot Parkway: This is a freeway that passes through semi-rural southwest Dallas. It connects to Loop 12 on the north and ends at I-20 in the south.
Spur 482 Storey Lane: This is a spur freeway that connects SH 183/114 to Loop 12 (Northwest Highway). It passes by the former site of Texas Stadium.

Dallas North Tollway (DNT): This is a tollway that extends northward out of downtown Dallas and passes along through the some of the most affluent neighborhoods, shopping and dining areas in Dallas. It also passes through Plano and into Frisco. Its free frontage roads (which don’t exist south of I-635) are known as the Dallas Parkway. This Tollway currently extends to the northern edge of Frisco, ends at U.S. Highway 380, and is currently under construction to extend it farther north.
International Parkway: The International Parkway is a tollway that passes from SH 121 in Euless through the Dallas Fort Worth Airport to the southern end of the Sam Rayburn Tollway. It is only tolled within the DFW airport grounds.
President George Bush Turnpike (PGBT): This is a tollway named for former president George H. W. Bush. It passes through northern Dallas suburbs, currently ending at State Highway 161 in Irving in the west and at I-30 in the east. It forms a northern loop around Dallas and in between, it forms the boundary between Plano to the north and Dallas and Richardson to the south. The Turnpike’s free frontage roads are marked as State Highway 190.
Sam Rayburn Tollway (SRT): This is a tollway beginning at the northern end of the International Parkway in Grapevine and proceeds northeast to just south of McKinney. The tollway’s free frontage roads are indicated as State Highway 121. 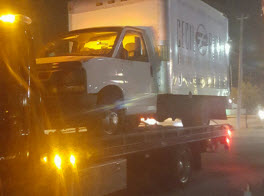